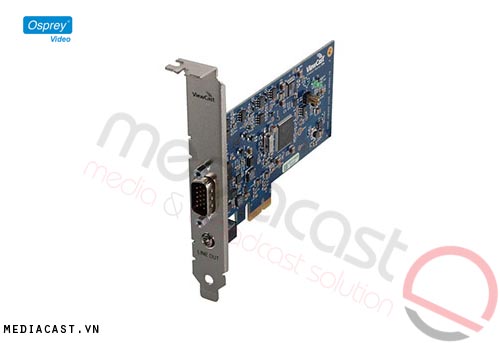 PC manufacturers have adopted the PCI Express (PCIe) bus as the standard for high-throughput internal bus architectures. This video capture card optimizes this architecture and unleashes the power of multi-core PC engines with unfettered access to all PC resources. This means more power for your most demanding streaming applications.

The SimulStream driver enhancement software, you can individually create, tailor, and optimize video for several applications and audiences � all at the same time � live. With the SimulStream software, the Osprey 230 Video Capture Card empowers you to deliver full-frame video to high-speed Internet users or smaller, lower-rate video to DSL, and dial-up subscribers, as well as optimized video for several different mobile device standards � all while saving the same content to a storage device for post-processing and other Video on Demand (VOD) applications.